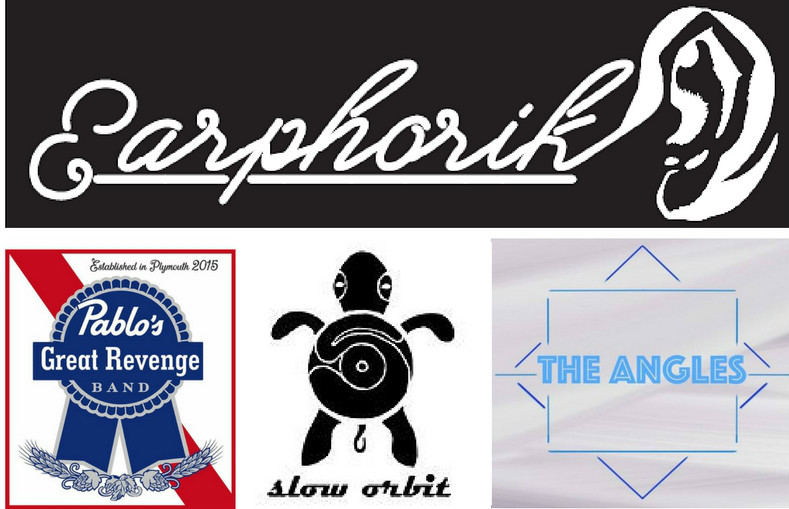 Hear Festival is an event being put on by us, Here/Hear. But, we have received the question as to why we would be doing such an event. So, let me spend a bit of time explaining the event and why we think it is important.

First, Hear Festival is a music and arts festival. There are going to be two sections of the festival, with one being free to the public and the other requiring payment for admission.

The arts, vendors, and food will all be available to the public free of charge. This means that the public can come and see the incredible art put together by our artists. We will also have an auction going on, showcasing the artwork of local and regional artists. This auction will help support both the artists and the work of Here/Hear. As well, we hope to have a community art installation in progress, with two local artists working with community members to produce and original piece of incredible art. The idea behind having such talented artists being present, and having them there for free, is to have a place of connection for people. Here/Hear supports the arts, all arts, because we believe that the arts are a place where the mentally ill and their loved ones and others connect in an honest and direct way. As well, it’s a place where the mentally ill and their loved ones can express themselves without fear, without stigma.

Hear Festival will also include other vendors. We will have an excellent local barbecue crew called Chubby Buddies BBQ. They serve some of the best barbecue in the area, with fantastic pulled pork, brisket, ribs, and the like. We also have Sugar Shack Bakery coming, with their signature cupcakes and other various treats. Both Chubby Buddies and Sugar Shack will be in the “free” section, available for anyone to come and experience their delectable delights.

The portion that requires admission will be the music festival. And we are excited about the musical acts we have coming this year. First, we have Earphorik, a band that originates from Fort Wayne, Indiana but has now become a nationally touring act. They have already played the after shows for Umphrey’s McGee, as well as sharing the stage with UM guitar player Jake Cinniger (and he also produced their newest album). In the fall they will share the stage with the likes of the Main Squeeze, TAUK, and Moe. They are excited to help us put on this benefit for Here/Hear. We are excited to have them come play.

In addition to Earphorik, we also have three local bands coming to play. The first is Pablo’s Great Revenge, who is a great, multi-genre band hailing from all over the Michiana area. They play a bevy of originals, while also covering everyone from Sublime to Bob Dylan. They will be joined by Slow Orbit, another genre bending band featuring musicians who have toured the country in their own right. They bring a great live show and we’re looking forward to the energy they bring to Hear Festival. The last band is a new group on the scene: The Angles. They have played around South Bend, Indiana and are a great mix of new wave and indie rock. They bring a youthful energy that will get you moving.

Now, this all sounds like a really fun time. And, I can attest to the fact that it will be. This will also be a great fundraiser for the work of Here/Hear. And, to be honest, this is important (and is also why you need to buy tickets). We need funds and monetary support in order to do the good work of helping the mentally ill and their loved ones. It’s unfortunate, but a necessity in our society that asking for money and doing our best to raise money is part and parcel of doing our work. And, so, we figure this is a good way to do so.

But, the main purpose of Hear Festival is to raise awareness for what Here/Hear does and to fight the stigma that accompanies having a mental illness. We are going to tell stories and we are going to have places to interact and to stand up and be heard and to, in general, erase the stigma around mental illness. We are also going to promote the services that Here/Hear offers, as well as opening up dialogues with people. In all, this is an event for us to do our work and showcase our work. And we believe it is important work – much more important than simply putting on a festival. But the festival will be a good place to start and to showcase the necessary and vital work we are involved in for the betterment of our communities.

We hope you will join us.