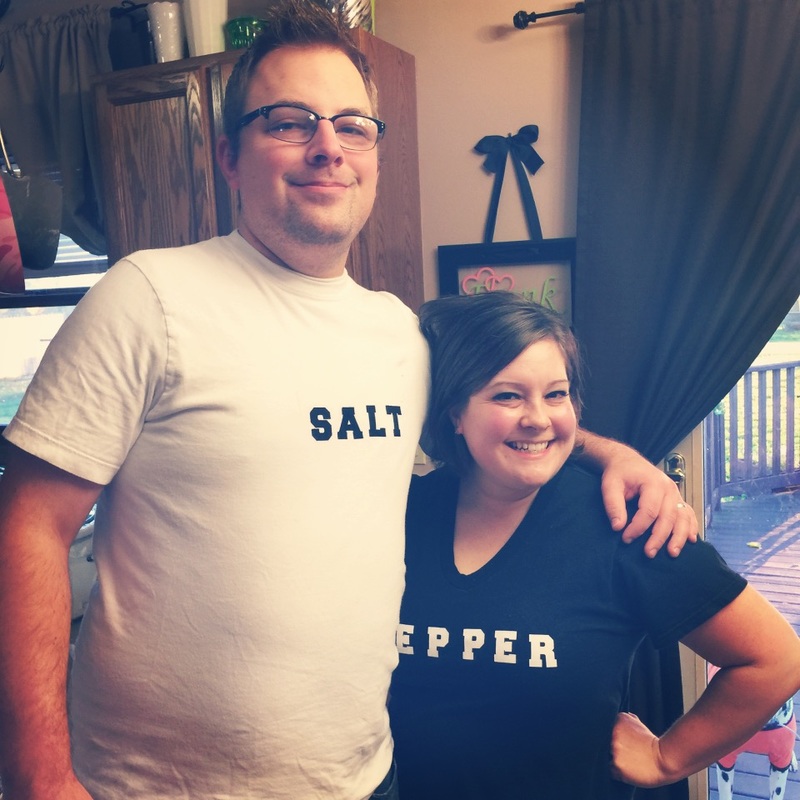 Today marks the 13th Anniversary of my marriage to my wife, Trisha.

We’re lucky to be here, considering that about a month before we celebrated 10, she threatened to leave me.

The reason for her threat is pretty simple: my depression as all-consuming to everyone in my immediate family. It had been that way for months. See, I knew that I had to play well at church and with friends and with my parents and her parents and our families, but once we came home I could not contain the darkness that was eating me alive. How I did not die during that period I do not know because my suicidal ideation was off-the-charts. The only thing that consumed me was pain and suffering….and as much as I tried to keep them from it, it was starting to consume my wife and three little boys as well. And not only was that a problem socially or psychologically, it was getting to the point where I could not control myself physically (although I never hit or abused my wife or kids) by yelling or kicking a couch or hitting a chair. I was scared of myself and, so, Trisha telling me that if I did not get help she would leave me was a real shocker.

It was also a shocker because, in my pain, I said, “Fine, but the boys stay.” And she calmly but firmly pointed out to me that, as the kids’ mother, there was no way in hell I would ever get custody. And she was right. But the thought of losing my kids was like death to me. I knew I would not survive it. My boys are the tether that holds me to the world, to the reality that we exist within. I know that I have to maintain that tether for them and their lives and their well-being. Trish is strong and could weather my non-existence, but the boys are just that: boys and I would never wish upon them or even be responsible for bringing on them the pain that I experience. So, I stay. I am here. Trish’s threat made it quite real to me that I must continue to stay, to survive and that I must do it not only for my boys and for my wife, but for me as well.

I told her that I would go if she made the first appointment at the counselor. She did and I’d like to say the rest is history. That he fixed me and that I’m all good.

I’m not. I’m recovering. I’ll never recover fully, just be good enough to go on with a bit of normalcy in the world.

And, Trisha has been there through the best of times and the worst of times. I used to joke that her having c-sections was the real test of in sickness and in health (if you have ever watched a c-section of your wife – I walked in when they were making the incision during the first one and there was no curtain – knows what I am talking about). But Trish has endured far more. She has walked in on me having cleaned, mopped, vacuumed, played with the babies, written a chapter of a book, and a few other tasks before the end of a work day. As well, she has walked in on her youngest sons standing over their sobbing father, who cannot move from the crushing pain, the swallowing hole of depression. She has watched me have anxiety attacks that crippled me and were so brutal that I ended up with bruised ribs. She has….She has…..She has…. She has been there, she has heard me and continues to hear me. And that is the greatest gift that I could ever experience. It means each moment is a gift and I can face the uncertainty that is my existence.

Both Trisha and I are musical. I like to think we “hear” the world in that we are attuned to its rhythms and timbre and notes. Except, we hear very different things. As you may have heard, I find safety in jambands and in the “jam.” I like to think that my life is a jam that moves from the pretty standard to dabble in the really joyous while also consistently plumbing the dark depths of the various minor keys. Trish lives in a world of musicals. And, usually, they are happy musical numbers as one would find in Wicked or Annie or another of the more joyous musicals. Every once in a while, though, her musical moves to something more sinister, like Fantine’s “I Dreamed a Dream” in Les Miserables. Sometimes we go on playing our music together and it fits, sometimes it does not, and sometimes it completely intersects so that I lay the musical instrumentation for her to sing on top of. That’s the beauty of the relationship. That’s the beauty of our marriage. It’s why, even though we are a wee-bit like salt and pepper, I would have none other than her on this, our anniversary.