Being a Cubs Fan and Mental Illness 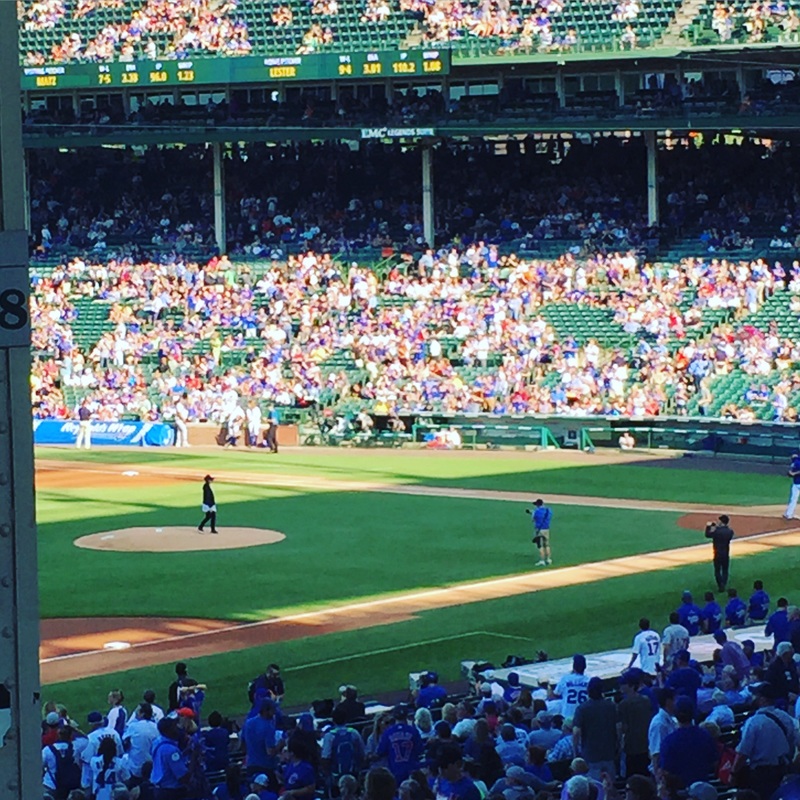 Tonight I head to see my beloved Chicago Cubs and the great, lovely Wrigley Field. As I was thinking about my trip to what is one of my favorite places on Earth, I began to think about the interesting parallels between having a mental illness and being a Cubs fan.

First, there is the fact that for both the Cubs fan and for those with mental illness, there is a need to maintain hope despite all evidence to the contrary. In the throes of mental illness, there is a need to be hopeful, that things will get better and that life will be ok. You try to grab onto this hope despite the fact that nothing feels hopeful. And when things start to go downhill, that hope is all you can have.

Being a Cubs fan is quite similar. Now, I say this as one who has been alive during a rather successful stretch for the Cubs, but more often than not they stink. The Cubs are not the Yankees and, unfortunately and begrudgingly, they are not the St. Louis Cardinals. They are the Cubs and, in my lifetime, they have been bad more than they have been good. But that doesn’t stop us from hoping. In fact, their being bad more than good just gives more hope year after year. This usually occurs in the June or July and we start talking about the resources in the minors, who is good on the team, what free agents are available and, we go, while they suck this year, they’ll be much better next year. The Cubs fan’s favorite motto is, “Wait ’til next year!”

And, this is kind of like having a mental illness. The mentally ill, and their loved ones, always try to cling to hope. Now, the hope is not that they will be cured or fixed, but hope that they can manage and cope. Even when they look back at all the warts and damage left in their wake, hope still exists for tomorrow. We look at our resources, we take in our surroundings, and we make a hopeful proclamation that while yesterday and today may have been terrible, tomorrow can be better.

Second, things go to crap quickly and in spectacular fashion. As a Cubs fan there is always catastrophe around the corner. Even this year, 2016, as people thought the Cubs might break the all time wins record early in the season, Cubs fans knew better. Now, the group is fighting to stay in first place in their division and are having all sorts of problems. If we go back a few years, there is 2003, where the Cubs were 5 outs from the World Series, only to have Steve Bartman catch a ball (it was in the stands, give the guy a break), Gonzalez boot a double play, and, basically, everything go to hell in a hand basket. In 1984, Leon Durham let a ball go between his legs in the last game of National League Championship Series and the Cubs lost that series. And then there is 1969. The Summer of Love was great for the Cubs, until August 16 when they were up 9 games. And then a black cat in New York circled Ron Santo on Sept 9 and it was all over. The Cubs ended up losing to the Mets and it still stings, even thought I wasn’t alive for it. The motto for the Cubs should be stuff gets ugly quick, which is why all hope is tentative hope.

And isn’t this kind of the same with mental illness? The mentally ill are not usually “sick” all of the time. They go through life and do well and never have a problem and then…BOOM…another panic attack or the depression comes back or the bipolar person becomes manic or the schizophrenic begins hearing voices again. For some, this comes when they go off meds and for others it is simply the nature of their illness. In all, though, things are going and then things derail and they derail quickly. There is no slow move into mental illness so that once it takes hold again, things go downhill rather quickly. It’s why all hope of future recovery with mental illness is a little bit tentative as well: you know that you have to work hard for that hope to last.

Third, in baseball, there is always tomorrow. Baseball is a game predicated on the fact that whatever happened today, the good, the bad, the ugly, is left in yesterday and you move on. You do your best tomorrow. You go 0 for 4 at the plate with 4 strikeouts? It doesn’t matter. You put your work in and you show up the next day and, well, good things are going to happen. Or at least you put yourself in a better place. Same with the defensive work. Did you make two errors? Go back to the ball diamond tomorrow, forget about it, and make the best plays you can.

For the mentally ill, this should also apply. I know that there are many nights I go to bed knowing that I did not live the day very well. I was agitated and irritable, I hurt someone’s feeling, I screwed something up because I didn’t care about it because I was depressed. And so on and so on. But, just like Anthony Rizzo having a bad day at the plate or Javy Baez having a bad day in the field, you simply shake it off and put your mind to being and doing the best the next day. That’s all you can do.

Fourth, baseball has an ebb and flow, a series of ups and downs. As I mentioned earlier, the Cubs of 2016 were on a torrid pace that had some thinking they would break the all time wins record for a Major League Baseball team. Everything was “clicking” for them and they were just about perfect in all facets of the game. However, in the last month or more, they have been quite mediocre and have not really done what they are capable of. But that’s the nature of a long baseball season. There will be ups and downs, ebbs and flows, good times and bad. It’s how you handle them that makes a season successful or not.

In a similar fashion, life in general has such a way about it. And for the mentally ill and those that love them, ebb and flow, ups and downs, good and bad, is the nature of life. But, like baseball, it’s important to enjoy the good times, to weather the bad times, and to keep hope that things can and will turn around.