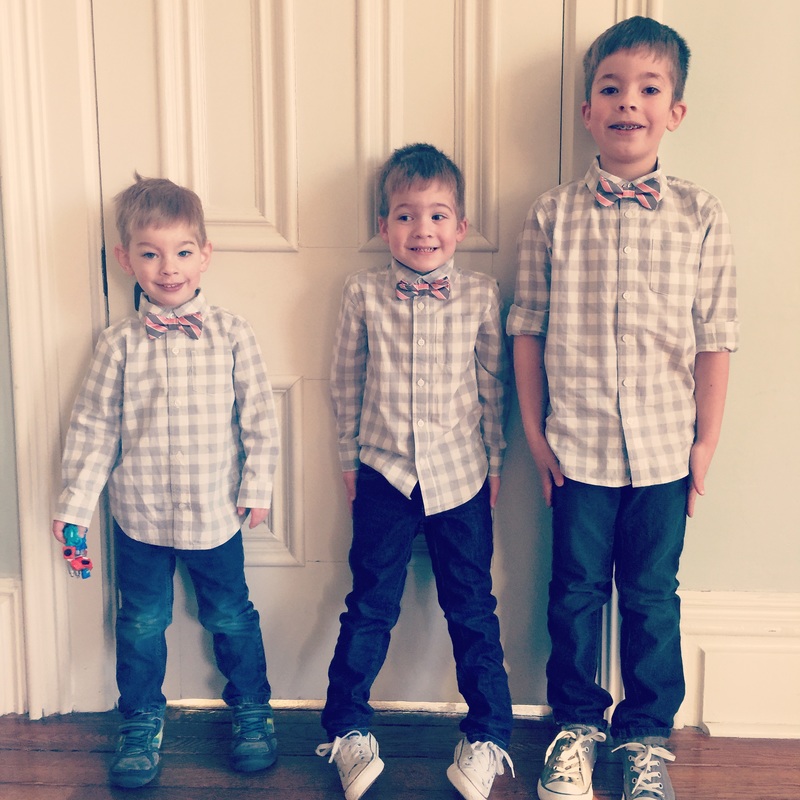 I don’t know how to describe mental illness. I really don’t. I can describe mine, but it’s hard to describe the reality that other people experience. And, mental illness is really mental illnesses and each one has a different set of attributes. My brothers with anxiety disorder are different than my sisters with schizophrenia and my friends with bipolar 1 disorder are different than me with bipolar 2. But, I think one thing that we all hold in common is that our minds, in a real way, betray us, affect us physically, and cause us to begin to become what I call “untethered.”

Being tethered is when everything is good, when one’s mind is not a problem and reality is dealt with, sometimes easily and sometimes not. When I’m tethered I don’t fear people in the grocery store. When tethered, we are attached to something, to the world, to life, to people. When the mental illness starts to take hold that tenuous connection starts to fray. All of a sudden people are talking all about me at the grocery store and restaurant, everyone hates me, the world is going to end in nuclear annihilation, or whatever. The more untethered you are, the less you are attached. And that includes to the people you love and who love you. I know that for me, I untether very quickly from strangers and then move to neighbors and acquaintances, ostracize my friends, push away my extended family, and so on and so on. It’s a large movement that ultimately ends for me, both in my mania and depression, with the feeling that I am all alone. I am scared. I might as well be dead. And this is when things get scary and all too real.

So why write about this when there is fatherhood to be talked about? Well, can I say, it is because fatherhood keeps me always tethered. Again, I have the benefit of seeing my children, taking care of my three (silly, ornery) boys every day. They sit with me and watch television, we rent movies together, they help me put together fundraising events, and sketch out blog posts. They are always there. And that very fact has probably saved my life more than once quite literally.

See, I can’t totally untether when I have my boys or I know they are there. The most dangerous thing is for me to go and spend significant time by myself. When I’m at a conference and in a hotel room for multiple days alone my demons sleep, shower, eat, and the rest with me. I am totally untethered. And that’s why I thank God for friends who actually do want to stay with me when we go to a conference or the like.

But, while fatherhood has caused me much stress, just like any other father, their presence also gives me life. Let me explain with a few examples, one for each of my little guys. So, Brody is my buddy. He is roughly 4 years older than his next brother Cam. Thus, Brody and I spent a lot of time paling around together, going around town and doing our thing. In fact, places came to the point that they expected him if I walked in (small towns, eh?). And when Brody was little he would not let me be alone. When he was born, I was working on my doctorate and writing my dissertation. I was also teaching. This meant a lot of days were spent reading, writing, and grading. Brody did not leave my side. He would sit with me, bringing his toys into my office (which we later just converted to the toy room) and playing while I read and wrote. He wouldn’t let me untether, a quality he shares with his mother. And now he is keenly aware of my illness and as I untether he talks to me, asks me questions that he can, and he brings me back. It shouldn’t be his responsibility but he’s there, he’s present. It’s the way he loves.

Cam is different. Cam’s older brother had a relationship with dad when Cam was born. And then 20 months later Ryder was born. He has always had to compete in a way. And he refuses. Instead of trying to be like his big brother or pound his little one, he has simply walked away to be his own person. This means no sports, no competition, and a sense of awe and wonderment. He shares this with me and I encourage it, although whereas I was consumed with the “big” questions, he is fascinated by snakes and alligators and dinosaurs and other such things. And Cam finds great humor in the mundane. He laughs much, which his little brother shares. And it’s this quality that really tethers me to life. I remember a day when I was quite depressed and on the verge of doing something-that-I-don’t-know-what, Cam just jumped out from behind our kitchen island with a huge smile on his face. And he laughed and laughed. It was infectious. I had to laugh. That simple laugh pierced me enough, it drew one tether more for me to get to the next moment and the next.

And Ryder. Ryder has the unique experience of being the youngest child in a house where both parents are oldest children. He gets little sympathy and, yet, is a joy to us. He’s wild, crazy, full of life. My mom says that Ryder never has a bad day. However, what is probably most Ryder-like at this time is that he cannot be alone. Our most effective punishment is to simply send him upstairs away from everyone else: this causes him to apologize, offer hugs, and whatever else may need to be done to stay in the midst of people. And this need to be around people is awkward when an introverted father takes care of him and his brothers are both at school. He spends much time driving me nuts and exhausting me. But, we also call him a “service dog” because he kind of acts as such at times. He is incredibly loyal and never leaves, especially if called upon. For example, one day I was struggling. It was a pajama day for me it was so terrible. My back hurt terribly (I had two back surgeries in 3 months) and it was a bad day. It was also a day tailor made for me to untether. But there was Ryder. I sat down on the couch and he climbed right up next to me, put his head on my should, clutched his blanket, and sucked his thumb. He then began to rub hair with his other hand. It was like he knew I was on the brink and he just wouldn’t let me go, that he knew I needed affection and love to keep me here and he did it.

So, when I thank God for my boys, it is selfishly. They have given me life in ways that no one will ever know, have brought joy into a joyless existence, and tethered someone quickly losing grip on reality. They give me life everyday.